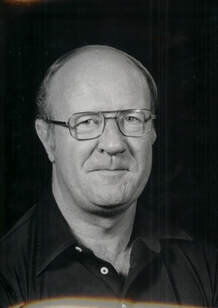 Hector N. “Bud” Fischer was born July 31, 1940 in Appleton, Wisconsin to Hector and Olive (Gerhartz) Fischer. He graduated from Neenah High School in 1958 and received his BS in 1962 and his MS in 1968 from the University of Wisconsin in La Crosse. He began his career teaching and coaching at Laona, New Holstein, Cudahy and Kenosha Tremper High Schools, serving in an assistantship at the University of Wisconsin La Crosse and as a coach and instructor at Northland College, all in Wisconsin. In 1976 he accepted a position teaching physical education and coaching men’s basketball at Ellsworth Community College. During his years at Ellsworth, Fischer’s teams participated in many junior college tournaments including the NJCAA National Tournament in 1977 and 1986. He had coached the Panthers to nearly 500 victories at the time of his retirement in 1999. During this time he also served as director of the Mullens Big Man Camp in the Kansas City Area. Following his retirement, he coached middle school girl’s basketball for the Iowa Falls Community Schools for two and a half years. His teams during that time were undefeated. Fischer was a member of the First United Methodist Church in Iowa Falls, the National Association of Basketball Coaches and was a past member of the Iowa Falls Elks Club. On August 3, 1968 he married Elizabeth Teasdale at Darlington, Wisconsin. The couple has two sons, Bob, who attended ECC, and Bill. Fischer passed away March 13, 2007 after a battle with leukemia.
The scholarship was endowed by Scott Jessen, a 1977 Ellsworth graduate and former player for Fischer, who credits Fischer for inspiring him to “never quit at anything worth fighting for.” “The most rewarding lesson I ever learned was from Coach Fischer. I was not getting to play very much and had decided to quit, but Coach Fischer convinced me to not quit because you never know what might happen. I stuck with it and eventually got to play in the national tournament during the first half which was a big deal for me. After we took the third place trophy, Coach said ‘Aren’t you glad you did not quit?’ Starting the Bud Fischer Scholarship was my way of paying tribute to Coach Fischer and ‘giving back’ to Ellsworth. My hope is future recipients will work hard in the classroom and in the gym to be successful in life and eventually give back to the scholarship fund for future generations,” he said. Numerous players have also contributed their support to this fund.
Apply Now
Donate to this Endowment