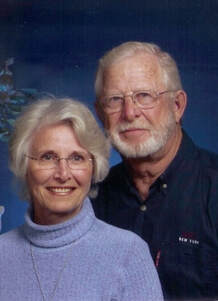 ​Jerry Welden was born March 9, 1936 in Iowa Falls to Richard W. “Dick” and Ruth (Wulkau) Welden of Iowa Falls. He graduated from Iowa Falls High School in 1954 and Ellsworth Junior College in 1956. In 1957, he became associated with Welden’s Ready-Mix, a family-owned concrete business, which he operated until 1990 when he sold the business. Jerry has served as a board member and past president of the Iowa Ready-Mix Concrete Association and currently owns Welden Aggregates, Inc. in Iowa Falls.
In addition to his business pursuits, Jerry was quite active in the community. He is a past-president of the Iowa Falls Chamber of Commerce, a 50-year member and past Exalted Ruler of the Iowa Falls Elks Lodge #1674, a former member of Rotary International, a past president of the Iowa Falls Rotary Club, a Paul Harris Fellow of the Rotary Foundation, a member of the Iowa Falls Boat Club Board of Directors, and has been active in the Iowa Falls Community Theatre, Ducks Unlimited, and local politics. Jerry’s commitment and interest in education is demonstrated by his past service as a member of the Iowa Falls Community School District Board of Education and his continuing service on the Ellsworth College Board of Trustees. He joined the board in 1983 and served as its president from 1991-2003. Jerry was a member of the Ellsworth “E” Club.
He enjoyed his retirement very much. His hobbies included: Canadian fishing, collecting World War II memorabilia, attending his grandchildren’s activities and traveling. Jerry married Sue (Petersen) Cranston on May 7, 1983 in Cedar Falls.
Sue was born April 27, 1941 in Mattoon, Illinois to Parker and Caroline Petersen. She grew up in Cedar Falls and graduated from Cedar Falls High School in 1959 and received a BA in Education from the University of Northern Iowa. For many years she owned and operated Maggie’s Youth Shop in Cedar Falls and also was employed as a recruiter for ECC. She is a member of Isabella Society, Etude Club and the Red Hats. Sue is an accomplished watercolorist and in her spare time enjoys gardening, working with flowers and spending time with her grandchildren.
Jerry and Sue were active members of the First United Methodist Church in Iowa Falls and the Friends of the Calkins Nature Area, and individually and as a couple have participated in many Habitat for Humanity projects, locally, nationally and internationally. They enjoyed a combined family of 10 children: Wayne Welden, Ricke Welden, Ruth Kloetzer, Todd Welden (deceased), Chris Welden, Sue Minard, Anne Wiarda, Katie Haverkamp, Mike Cranston, and Jenni Maschka. Another daughter, Kathy McFadden, passed away in 2004. Jerry passed away in 2016.
Apply Now
Donate To This Endowment