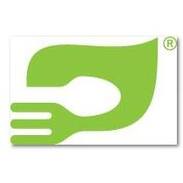 ​Consolidated Management Company, provided food to ECC from 1975-2015. During its inception they provided served this college and its students well.
The company was founded when four small colleges were not happy with the large national company operating their food services. One of the four original accounts was Ellsworth Community College operated by one of Consolidated Management’s original owners, Leo Van Wyk, he was the manager at Ellsworth from 1975 to 2016. In 1981, Rick Levi became a co-owner of Consolidated Management. He became sole owner of the company in 1986 and in 2002 established an endowed scholarship at Ellsworth in the firm’s name. The first award was made in the 2004-2005 academic year.
The quality of the food, diversity of menu, and friendly, accommodating employees have truly helped market Ellsworth Community College and resulted in a high level of student satisfaction. With the completion of the Gentle Student Center in 1993, this new facility, with the company’s quality menu and service, was quickly recognized by community members as an excellent choice for public meetings and social activities and is frequently used by groups and organizations.
Leo and his wife, Mary, have been totally committed to the Ellsworth Community College students and the Iowa Falls community. Both Van Wyk sons, Justin and Darin, attended Ellsworth.
Apply Now
Donate To This Endowment