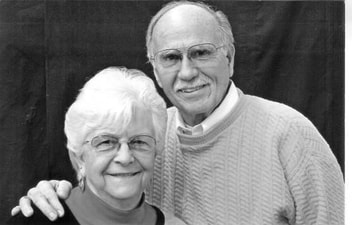 Ervin (Erv) Miller was born July 16, 1939 to Dean and Lois Miller at Linden, Iowa. He grew up in Dallas County and graduated from the Washington Township Consolidated Schools in Minburn, Iowa in 1957. He earned a diploma from the Moody Bible Institute in Chicago, and his BA and MA degrees from the State College of Iowa in Cedar Falls. He also earned 60 credit hours beyond his MA requirements. He was formerly employed by Titus Manufacturing Corporation in Waterloo for six years prior to teaching social science classes at Ellsworth Community College for 32 years. During his tenure at ECC he also served as Hardin County Magistrate for 16 years and following his retirement was elected to the Hardin County Board of Supervisors and served two four-year terms before deciding to not seek re-election. He is a member of the Iowa Falls Lions Club and enjoys traveling, reading, camping, spending time with family, carpentry, and mechanics.  Erv married Donna R. Houbolt at Grand Rapids, Michigan in 1960.
Donna (Houbolt) Miller was born April 13, 1937 to Stephen and Frances Houbolt at Millersburg, Michigan. She graduated from Bryon Center High School in Bryon Center, Michigan in 1955 and earned a diploma from the Moody Bible Institute in Chicago in 1960. She was employed by the Light and Power Company in Grand Rapids, Michigan for two years, the R. L. Polk Company in Chicago, Illinois doing clerical and secretarial work for two years, Drs. Hanson and Mitchell in Waterloo, Iowa doing secretarial and bookkeeping for seven months until she left the position due to having children, and at Iowa Falls High School as a teachers’ secretary for two years and then as the principal’s secretary for 15 years. She enjoys reading, doing puzzles and crosswords, quilting, camping, and spending time with family.
Ervin and Donna have two sons, Daniel and Stephen, and one daughter, Evelyn. Daniel attended ECC for two years and Stephen for one year. Ervin and Donna attend the Steamboat Rock Baptist Church.   ​
Apply Now
Donate to this Endowment